Growth of Market Represents Real Headwinds for the Markets Core 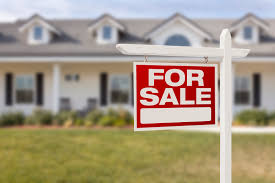 Moreover, this growth has mostly been seen among the larger housing markets where the economy and job wages have improved, which has attracted more folks to those areas. Millennials, still conservative about buy, have a good outlook on how everything will pan out. However, the lack of homes in entry and a mid-level markets are a big concern, because there has been a real lack of homes in these specific groups.

Brutal at the bottom.

The market has seen a 5.9% decrease in homes across the nation at the end of the beginning quarter than last year. Homes at the bottom and middle part of the markets fell 10.4%, compared to the 1.9% in the top third of the markets. Unfortunately for those home buyers in the situation of having a tight budget to work with has now led to a situation where many markets are too expensive to purchase. In fact, most of the markets now are saturated with higher end homes, that are well out of reach for the first time home buyer.

With stronger demand for housing that is more affordable and the signs of a growing and healthier economy, this only pushes the price of homes in this segment even higher. The home values for the entry-level category are growing much faster than the other two market segments in the 18 of the United States 35 city markets, and this is where the secondary buyers are over populating the beginner and high-end homes for sale. To sum it up, depending on where you live in the United States, the growth rates between the top and bottom groups are not noticeably close.

Tranquil at the top.

While limited inventory and acceleration in appreciation put the majority of potential home buyers in a tough spot; for those potential buyers in a better financial position and who are looking for a high-end home; these buyers seem to be experiencing an easier time.  The high-end listings nationwide have experienced a 1.6% increase in the last year, compared to the 0.4% and 0.5% in the entry and mid-level homes. Buyers who are looking for higher end homes will have an easier time than the entry and mid-level home buyers because higher end homes have a larger market and therefore more homes to choose from. Entry and mid-level home buyers have to face more competition, less inventory, and consequently increasing prices. Yet again, here is an example of the benefits of being a well-to-do home buyer.

In March of 2016, the median home value increased 0.4% from February. While the value of homes has increased over the past four years, there was a cooling period from spring of 2014 to spring of 2015. This peaked at 7.9% in April of 2014 then slowed after that month. It reached a low in spring of 2015 of 2.7%. Home growth has since been higher than the month before of 10 and 11 months, before falling in March to 4.8%. These growths are normal; however, if the market rises too fast, potential home buyers could be priced out of the market. This also comes with the side effect that home buyers may have to rent for a longer time frame than what they had originally planned. Impacts may also be that the deterioration of home growth weeds out the income of most jobs in the area. Home values in 25 metro areas increased 4.8% over the national pace in March. The value of homes grew 10% over each year in seven of the larger metro areas. Denver was up 15.7, Portland was up 14.8%, Dallas was 13%, San Jose was 12.6%, Seattle was 11.7%, San Francisco was up 11.5% and Miami had a 10.5% increase. The metro areas of the country did not experience a drop in the value of their homes.

The median rent in the United States is $1,389 up from 0.5% from the month of February and the 2.6% from March of 2015. The cycles in rent are nothing to be concerned about, as this is just something rents seem to do on an annual basis. Between August of 2015 and February of 2016, rents hovered between $1,380 and $1,382 before increasing to the current price of $1,389.  This seven-dollar increase represents that people who rent are picking back up. Rent operates in the same supply and demand that real estate does, and this is an indicator that people rent because they are unable to find a home that is suitable for their budget. Rents grew in all but of 35 larger metro areas. The only area that didn't experience the increase is Cleveland, which actually experienced a -1.2% decline from March of 2015. San Francisco grew from 9.9% in March of 2015; Portland grew 8.6%; and San Jose went up 8%. All of the ones that increased were located in metro areas.

In the future, median home prices in the United States look to increase 2.7% in March of 2017 to $191,257. Median rent prices are also expected to increase to $1,426.  As for existing home sales activity in March; it was strong; which is a good sign for spring after a disappointing February. Home sales have been very inconsistent. It's very difficult to increase sales when home prices seem to plunge. This is another sign that spring is another rough time for potential buyers. Competition for these homes will be hard, and patience of potential buyers looking at purchasing an entry or mid-level home will be tested to the very brink. To stand out, Serious Buyers should get pre-approved now and start working with a Realtor that is experienced in bidding wars. Be prepared to offer the asking price so that seller knows that you are serious about their home.

Setschedule has changed the way real estate marketing is viewed, by changing the way REALTORS® access clients and listing appointments. SetSchedule is a “first of its’ kind” exclusive membership based model that provides verified appointments, marketing tools, and elite invite only networking events for its members. By blending new technologies, and thought processes with proven success methods Setschedule had incurred record producing results unseen in the industry.