Real estate market in California heats up with the summer 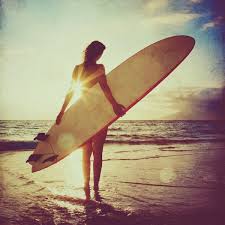 The summer is hot, and so is the real estate market in California. Data indicates that nationally, July was one of the busiest months for real estate activity in a decade, driven by low mortgage interest rates and pent-up demand from low supply .It also means, that winter months are the worst months to sell and December is by far the worst month to sell a house. California’s typically busy real estate markets have been continuing to lead the trend, as seven of the top ten hottest markets as determined by an economist for the National Association of REALTORS. Vallejo holds the number one spot for July, followed by San Francisco in the fourth slot. Stockton, San Diego, Santa Cruz, Sacramento and Santa Rosa are also among the top ten as determined by how fast homes are selling and how competitive buyers’ bids are. Home sales have been booming even as prices continue to climb, making it a perfect time for a homeowner to sell. Inventory of existing homes is low, spurring stiff competition among homebuyers. That means sellers can demand top-dollar for their properties. According to the California Association of Realtors, the median price of a single-family detached home in California rose to $519,440 in June, a 5.5 increase over June 2015’s median price of $492,320. The average price per square foot was $247, up from $237 in June 2015. That’s nearly double the national average of $249,800. In the infamously expensive Bay Area real estate market, the median home sale price was $712,000 in June, 7.9 percent higher than the previous year, according to data from the property information provider CoreLogic.  In San Francisco and San Mateo, the median is even higher at more than $1 million. However, low mortgage rates keep the seemingly astronomical price tags with the realm of affordability for many homebuyers. A CoreLogic spokesperson told the San Francisco Chronicle that when adjusted for inflation, the typical 2016 buyer is taking on a lower mortgage payment than the average during the 2007 peak. The 30-year fixed-mortgage interest rate averaged 3.57 percent in June, compared with 3.60 percent in May and 3.98 percent in June 2015. In 2007, the average rate hovered around 6.7 percent. Rates are low enough that despite increasing home prices, typical mortgage payments are still lower for 2016 buyers than they were in 2007. The typical mortgage payment for a Bay Area homebuyer in June was $2,580, compared to an inflation-adjusted $4,080 in June 2007. Overall, home sales increased 10 percent in June over the previous month and 2.2 percent over June 2015 to a seasonally adjusted annualized rate of 450,960 units in June, according to the National Association of REALTORS. The rate represents what would be the total number of homes sold during 2016 if sales maintained the June pace throughout the year and is adjusted to account for seasonal factors that typically influence home sales. Another factor that may be driving the activity is California’s continued housing shortage. The housing stock has not kept pace with the state’s booming economy, particularly in coastal areas. According to one report from the nonpartisan organization Next10, only 21.5 new residential permits have been issued for every 100 new residents from 2005 to 2015, and only 59 percent of those permits were for single-family structures.